The Intake Probation Counselor is in charge of supervising pre-disposition cases, meaning they work with the youth while their case is pending in court. They work with the youth, families and attorney's and discuss recommendations for sentencing, and initial risk assessment, and address any immediate concerns. While the case is pending in court the youth is NOT on probation, however, the Intake Probation Counselor can supervise whether the youth is complying with their bond conditions set by a Judge. Below is a flowchart that explains the juvenile court process as well as definitions to help youth and families understand court hearings and options. 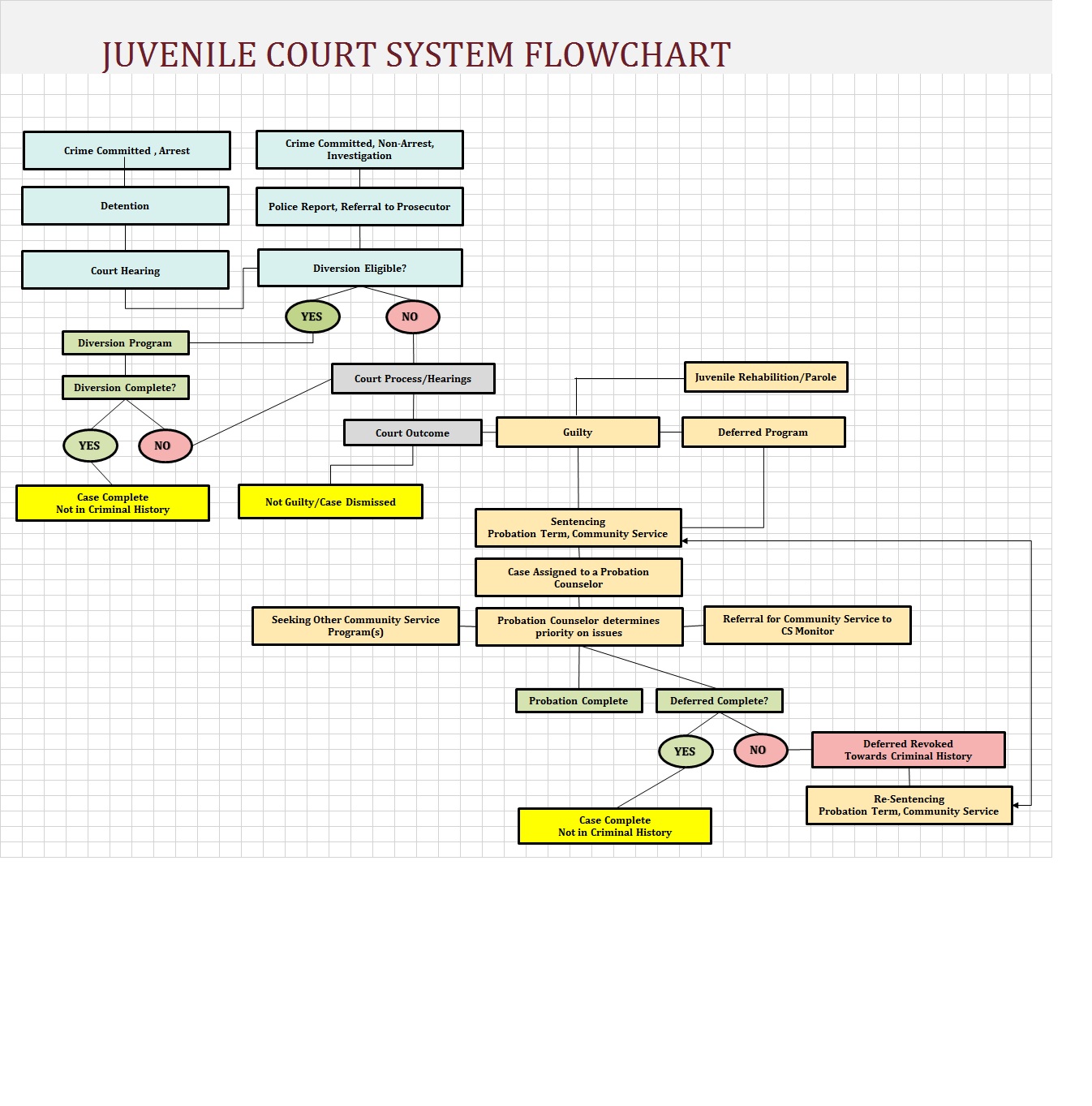 If you have any questions about the Intake Process, please contact Cindi Buchanan Below.